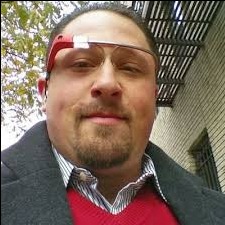 There's two aspects to choosing an asset position. The first and most important is establishing a strong narrative based on fundamental evaluation. Fundamentals of crypto assets are quite different than traditional equity assets. Let's focus on crypto, as that's what most folks reading this are likely interested in. Noteworthy is that crypto fundamentals are quite metaphorical to equity fundamentals.

Crypto projects have utility, volume, and some have AUM. Crypto projects target industry, testing disruptive potential. The current DeFi trend is not just a 4 letter acronym, it's just a trendy term to be the antithesis of CeFi, centralized finance. Trendiness aside the acronym clearly expresses the target industry for disruption; finance.

There's quite a plethora of DeFi centric assets, but one stands out due to it's chosen protocol properties. Kyber has some of the strongest fundamentals in the entire crypto space. First and foremost, since the Katalyst launch it's a strictly deflationary asset. Not just a little deflationary either. Since the KyberDAO launch, as of this article, there's a 13% supply disruption in play. Imagine a 13% supply disruption in the physical gold space, now apply that to an asset that is a tiny fraction of the market cap, a trivial fraction of the volume, and the volatility quickly appears potentially ferocious.

Kyber has two major components to its deflationary pressure. First, the direct weekly burn which is 5% of current transactions. Epoch 1 will offer the voters an option to increase the burn to 10% of transactions. Direct burn may be the best for the long term health of the asset's valuation, triggering a constant predictable deflationary pressure. The second is governance staking. This deflationary pressure is much more pronounced as compared to the burn, but's it's also variable. If transaction volume spikes it can trigger a massive incentive to stake $knc. No doubt this 1'st epoch should prove quite eventful, as it's the first time such a massive supply disruption has occurred for the asset. I posit that epoch 1 is not priced in.

Over the past week we've seen a massive shift of assets from large holders, to small holders, all while price appreciation has continued its upward trajectory. This illustrates the strong demand for the deflationary asset. The only way to explain a continued appreciation, in the face of large bag dumping, is the quick consumption of the liquidated assets. In other words, every day folks bought all the whale dumps, and then some. Now that the assets are spread out amongst a much greater population of holders, the general sentiment is that there should be more stability in the market given that holdings are much less concentrated.

Today, there's was a bearish break of the most recent symmetric triangle formation. The bearish break is interesting because the typical break of a symmetric triangle is comparable to the different between the bottom and top when the formation began. Note the seriously pronounced, out of trend, start for the pattern formation. This short term technical break also doesn't feel consistent with the long term fundamental narrative that Kyber is forming. It feels moreso triggered by the relatively large end of day capitulation of the equities markets.

Overall the point of this article is to highlight how short term technicals only paint a small picture in context of the larger fundamental narrative. It can even be the case that short term technicals are anomalous, a temporary blip quite contrary to the overall trend direction. While there is never certainty to any market, I see this as what's likely playing out for Kyber.